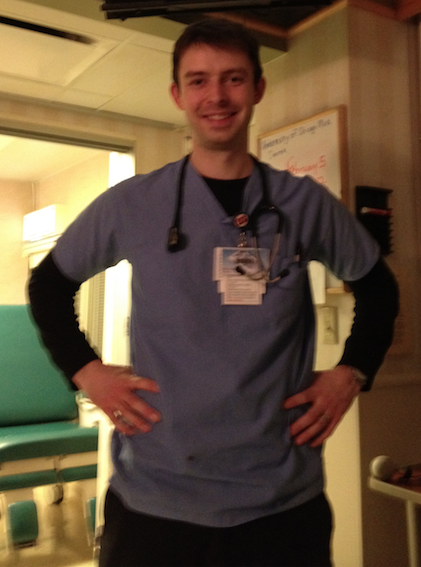 Growing up in the industrial Midwest during the 80’s and 90’s gave me a front row seat to the devastation brought to working America by neoliberalism. I was raised by a Quaker feminist to fight injustice where ever I saw it, and to have empathy with the vulnerable of society. I dropped out of high school and joined the anti-globalization movement at the turn of the millennium as a Libertarian Socialist/anarcho-communist organizer. My work as a community health worker in Guanajuato Mexico gave me new tools for organizing for change and social justice in marginalized communities, and a deep understanding of how health care injustice entrenches poverty. Once I came home I climbed my way up the nursing education ladder, first as a Nursing assistant, then a Licensed Practical Nurse and Finally a Registered Nurse working with National Nurses United as a rank and file labor organizer. As a participant in Occupy Chicago, I saw the weakness and fracture of the left laid bare and became convinced that we need to come together and organize to win. I am a father to two beautiful daughters who can sing Solidarity Forever and nothing else makes me quite so proud.

I am running for NPC because I believe in Micheal Harrington’s “big tent” model that DSA was founded upon, and I want to ensure that DSA remains welcoming to all well intentioned comrades who are fighting for socialism. I want to ensure DSA remains resolutely anti-capitalist, radically democratic, and acts as a revolutionary force for social justice and equality throughout the world. I hope to bring the kind of rough and ready praxis I ascribe to as a working person to DSA organizing.  To me this means that we should understand that action without theory is aimless, while theory without action is pointless. I believe I can bring my own sense of messaging to our leadership, and maintain the kind of tactical flexibility that will continue to grow the organization into a grassroots, accountable voice for working people throughout the whole country.

I have been working to get South Side Chicago Branch organized over the last 6 months, and have been working within several Chicago DSA working groups including Healthcare working group, Solidarity Mental Health and Wellness co-operative with Brandon Payton Carrillo in coalition with Black Lives Matter activists and Socialist Alternative. I helped pull together the Chicago Libertarian Socialist Caucus organizing committee, and have worked with national DSA-LSC organizers to build our presence in DSA nationally.

I am a rank and file organizer in my National Nurses United local and have been working to build union militancy on the hospital “shop floor”. I phone banked and canvased South Chicago with my NNU sisters and brothers for Bernie Sanders during the 2016 primary. I have also been an organizer with Chicago Action Medical, a group dedicated to training street medics to treat victims of police and vigilante violence.

My Vision for DSA

I recognize that as we continue to grow as a socialist organization nationally, we need to organize internally to ensure accountability to the rank and file, prepare for the struggles ahead, and create a vision of the future that reflects our desires for radical change.

We need to improve our messaging, by working to identify areas where we can define the narrative, and in spaces where the status quo is dominated by neoliberal ideologies, we need to build compelling and coherent alternative narratives that tap into the latent power of American left-wing grass-roots populism.

I will support and encourage local initiatives at the branch, chapter, and regional level, to create laboratories of praxis that we can study and adopt to similar contexts nationwide. If you are doing something effective to grow intersectional working class power, I want to know about it and encourage its growth.

Finally as a libertarian socialist, I want to ensure that socialism’s message of human liberation is front and center in our discourse and the radical expansion of the personal freedom of working people from every walk of life is a priority in all of DSA’s work.

I want to help you build DSA into a force for revolutionary democratic socialism in America.